Apple’s long-rumored virtual or augmented reality headset might not launch until 2023, but designers like myself can’t help wondering and imagine how it might help our users, especially since I am designing a for a language learning which mantra is “Learn, Immerse Communicate”. Reading the developer news websites and seeing the developers have spotted additional mentions of a new “realityOS” that could power it.

First referenced as “rOS” was in 2017 by Bloomberg News, realityOS was also spotted as part of some pre-release iOS 13 builds and developers have now found references to realityOS in GitHub repos and in App Store upload logs. So it feels like the right time to see if rOS could be a thing and could it help users learn a language?

The problem users face is 2 fold, for one, since the start of the pandemic it’s become more difficult to experience total immersion by travelling to other countries. This means fewer chances to truly get a first hand experience of authentic language and culture. Add to that the hundreds of different podcasts, apps, youtube videos and books that are thrust at you when you start to learn a new language and immersion becomes more of a confusing pain than a useful concept.

With Immersion based learning this means learning a new language in the most natural way possible. In practice, it would mean living in the country where the language is spoken. However, as this isn’t currently an option, it’s necessary to find other ways to immerse yourself. For example, it’s good to know that interacting with the world through the language you’re learning can also be considered as immersion.

How could you achieve this without backing your bags and leaving for Budapest to learn Hungarian or Madrid to learn Spanish? With this user based problem in mind how could rOS help and what is it ?

The devices to run the rumoured “realityOS” have yet to be officially announced by Apple. But, like its operating system, hints have been dropped by multiple sources on what they are.

Apple analyst Ming-Chi Kuo has revealed that an upcoming AR/VR headset that can potentially be released late this year or in 2023, will carry two M1-type silicon chips, Sony micro-OLED displays, and independent computing power and storage. He also revealed that its price is comparable to that of a high-end iPhone. It may also integrate with Apple’s host of video applications.

Another part of Apple’s current throng of virtual reality trends is a pair of new AR glasses, projected to be released by 2025 at the earliest. Kuo speculated that it will be promoted as a mobile product, and, like the headset, will have independent storage and computing power.

The third device unearthed by Kuo comes in the form of AR contact lenses, which could be released after 2030. Although it could run on “realityOS,” the device would likely sport new technology that features “invisible computing.” However, it might not have independent storage and computing. In any case, it’s still too early to tell what to expect with the contact lenses.

Possible directions for have been explored by designers in the last couple years but these all focus on the practical side, and place where users understand the language and would around them. This is sometimes not the case. As a language learner, I’ve spent me time just trying to understand signs and instructions, this isn’t about being an instant translations but in fact trying to help you use and immerse yourself in your passion of learning the language to communicate.

From a UX Design point of view wanting to design experiences for this new platform there isn’t really much out there, but we can work off ideas from Google Glass and Glass’s Enterprise edition 2020. Looking at not really competitors but more what is the state of the best VR App this year we can see that the landscape isn’t just limited to one genre. VR headsets are more accessible than ever before thanks to products like the Oculus Rift, HTC Vive, or Sony PlayStation VR. Developers are creating VR apps that deliver fantastic experiences, from playing immersive video games to exploring landmarks in stunning 360° environments.

Penrose Studios’ free-to-play, stop-motion VR film experience chronicling the story of a young girl in a cloud-borne village is absolutely breathtaking. In Allumette, you act as the camera, exploring the gorgeously drawn world however you please — even ignoring the main storyline, if you so desire. Make no mistake: This is a narrative, not a game. Though none of the characters in Allumette actually speak, per se, the forms of communication they do use (emotive, Sims-like noises, mostly) do an effective job of conveying emotion and intent.

The story itself — based loosely upon a poem by Hans Christian Andersen– is both charming and heartrending, though we won’t spoil too much here. Few VR experiences create the same sense of weight and presence for the viewer, and in Allumette, you’ll truly feel like you’ve been transported into a storybook world. The 20-minute runtime is an eternity in comparison to most narrative-based VR experiences — few even reach the 10-minute mark — but Penrose CEO and founder Eugene Chung considers virtual and augmented reality to be the future of storytelling, and pushing boundaries is the only way to break paradigms. Allumette lies somewhere in the murky realm between filmic narrative and video games, but somehow it rises above genre as a simply divine experience.

With this area of UX design forever growing it an area I keep coming back to and dating myself on the latest developments to see where I can help my clients move fast and innovate into. 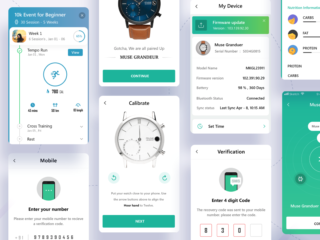 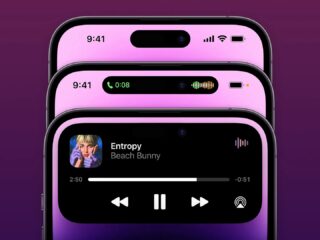