Recently I got my hands on a new member of my connected devices family and this time to put it simply it just came with the wheels. As modern drivers, most of us expect, or even demand to be as connected as possible behind the wheel. By ‘connected’ we mean in touch with personal messaging, navigation, and entertainment.

Of course, there are safety concerns when it comes to technology and connectivity. Below I will try and answer the following questions. How does Apple CarPlay work? Whats the real benefits? Can Siri be helpful when driving? What about connected cars with OBD-II Devices – how does this compare? Could they work better together and what about Android Auto with Google Assistant – how does that compare Let’s explore the answers to those questions. Lets start with “What is a Connected Car?”

Because this is an evolving industry, there really isn’t a clear, universal definition for the “connected car.” Technological innovation is happening so quickly, there seems to be no limit on what it could be. Some automotive manufacturers are selling ‘connected cars’ that are simply connected to the internet on their own cellular connection. But internet enabled features are limited. While this may be technically accurate, a connected car needs to be more than just a WiFi hotspot.

At its most basic level, a connected car should have the following attributes:

Connected car technology is currently being implemented using one of two emerging approaches. The first is simply to project smartphone apps onto a screen in the dashboard. This solution works by running the app on your smartphone, think Apple CarPlay/Android Auto but displaying the interface on your vehicle’s dashboard. The app cannot function without the smartphone and typically has limited or no access to vehicle information. While projected apps can work for things like text messaging and streaming audio apps, they don’t work without the presence of the smartphone and therefore limit the vehicle’s ability to be a full participant in the Internet of Things. Additionally, these apps are generally not communicating with the car’s engine it self.

The second is to have embedded apps, or apps that run in the vehicle itself. This solution works by having apps installed or running in the vehicle, similar to tablet or smartphone apps. The advantage is that the apps run independently of a smartphone, can securely access vehicle data, and in special cases can even perform vehicle functions remotely such as closing the sunroof. These advantages mean that the vehicle has the potential to be a full participant in the Internet of Things. Additionally, these apps are designed specifically for in-vehicle use, with display and user interfaces (ie. buttons, colours, text size, etc.) optimised for in-car use. This approach would be via either built in or via OBD device.

A third approach worth considering is a hybrid of these two, where the in-vehicle experience can function independently from a smartphone, but can also incorporate data from and interact with a smartphone. This would allow functionality such as text messaging and email to work off the smartphone, while embedded apps could perform more advanced, vehicle specific and independent functionality. Another advantage of a hybrid solution is that it could maintain a unified interface experience that is appropriate to in-vehicle use and look like it was designed for the specific vehicle — as opposed to an iPad stapled to the dashboard. This approach would be more akin to Tesla’s cars. Full integration with Engine and the cars electrical systems plus having an iOS or Android companion app.

Now that we the different flavours of Connected Car we can see what exactly does the Polo have and what are its limitations. What could third party developers create for CarPlay or Android Auto and could we connect VW’s DataPlug to an App ? Is that even safe or a good idea…

What is Apple Car Play – What can do with it.

Figuring out how to connect to Apple CarPlay in my Volkswagen was a simple process, simply, plugin your iOS device, support goes all the way back to iPhone 5 but it won’t run 3rd party apps as that would be the latest iOS 12+ but still you have Apple Maps! Apple designed CarPlay to emulate the interface on your iPhone and it built into the OS so no need to download any extra Apps or APK’s like on Android, so once you are connected, you’ll be able to use your phone, read messages, play music, and listen to podcasts by pressing specific Apple icons on the touchscreen. CarPlay effectively creates a new home for your Car’s infotainment. Even the volume controls are set via your iOS device. What is interesting is that the 2018 Polo doesn’t come with any inbuilt VW GPS application. VW has stopped trying to make software for this part of the car and handed the rains over to Apple and Google. – So meaning that you must have phone with a 4G chip on the device to have a get access to a GPS otherwise you’re on own. I can think of few situations where this might be a problem but maybe they are just edges cases.

After the iOS12+ update to my iPhone CarPlay finally handed my the keys to Google Maps and Wazes. CarPlay also provides access to Apple apps such as Phone, Music, Apple Maps, iMessage, iBooks, and Podcasts, as well as third-party apps such as iHeartRadio, Radioplayer, Spotify, Radio.com, Overcast, Pocket Casts, Google Play Music, Clammr, NPR One, Audiobooks.com, and Audible. As time goes by developers plus add extensions to their app if applicable to enable CarPlay mode. Support for third party maps was released in iOS 12.

CarPlay also extends Siri support, using voice dictation and feedback as the primary means of input for text messages, or narrating comprehensive weather and stock reports instead of displaying a weather chart. Siri inhibits certain voice commands such as displaying web search results when CarPlay is in use.

If you love your iPhone, you’ll love CarPlay, a simplified iOS interface for your car that handles a range of basic functions so you can keep your eyes on the road while still enjoying the tech features of your phone. Whether you buy a car that comes stock with a CarPlay system or have an aftermarket head unit installed, the result is a user-friendly experience that transfers seamlessly from your iPhone to your car and back again. Because aftermarket Apple CarPlay units typically fall on the pricier end of the car stereo receiver market, you might be wondering about the benefits of an integrated system compared to connecting your iPhone to an existing receiver via Bluetooth or auxiliary inputs. Above all, the answer is “simplicity,” but here are a few concrete benefits of Apple CarPlay to consider:

Shortcuts is the name Apple is giving to quick actions across your apps on iOS, which either perform a task within the app automatically in the background or jump deep into the app to something you’ve might want to open. By mapping certain requests to a specific trigger phrase, you’ll be able to better customise what Siri can do for you.

Apple is making Siri a lot more powerful in both iOS 12 and watchOS 5. Shortcuts replaces the previous Workflow app that Apple acquired last year, and is designed to allow you to create custom commands in Siri that launch apps or combine a number of actions in a similar way to IFTTT. Shortcuts in iOS 12 will appear in three main places: – As suggestions, proactively presenting shortcuts to actions from apps based on usage – In Siri, triggered by your own custom voice commands – Custom-built shortcuts, coming later with the Shortcuts app

Your first encounter will likely be a Shortcut suggested to you proactively on the Lock Screen, Spotlight, or on the Siri face of the Apple Watch. You’ll automatically be suggested tasks you do ofte based on appropriate activity you take on iOS – the information is securely passed from the app to the system for on-device analysis. Once the system has detected Shortcuts, you can then set up voice triggers with your own custom phrases that can be spoken to Siri and launch off your Shortcut. These can be triggered via voice on iOS, but it’ll even be possible on the Apple Watch, HomePod, and CarPlay too. Meaning all you need to do it ask for example “Siri, what’s this morning headlines” and Siri will come back and tell you all about the morning’s new whilst you’re driving.

The Assistant is now integrated into Android Auto. So whether you have the Assistant built into a compatible car or just the Android Auto app, you now have hands-free help while you drive. To get started, simply say “Ok Google” or long press the voice control button on your steering wheel in compatible cars. Android Auto already had a basic set of voice commands available, but with the move to Google Assistant branding you’re getting feature parity with Assistant on other platforms — at least, for the features that are feasible in the car. Just start with “Hey Google” and then rattle off whatever you’d normally ask your phone or Google Home. Directions, messages, reminders, navigation-related queries and more work perfectly.

Google demonstrated Android Auto controlling smart home devices as well, which it sees as a great way to make a few home adjustments — like lights, thermostat, etc. — on your way to or from the house. Because it’s effectively just using your phone, you don’t have to do any extra setup with the IoT devices, either. Assistant’s voice recognition and capabilities are so great, it’s fantastic to have it in yet another place.

Google says that multi-user voice detection isn’t available yet, but voice training for you is here just like on your phone so only the driver can activate the system. Obviously many cars with Android Auto built-in from the factory will have steering wheel controls for audio input as well. What about connected cars with OBD-II Devices – how does this compare?

Having previously designed an OBD-II based app for Mobile phone networks here in the UK. I was well versed on the what manufacturers are integrating the car into our digital lives. Volkswagen’s latest in-car entertainment systems connect to – and operate your mobile via – MirrorLink, Apple CarPlay and Android Auto, allowing you to make hands-free calls, dictate texts and play music. So far, so familiar spoken about above But VW offers an additional layer of functionality through its special app downloads, offering eight capabilities from driver training to monitoring backseat occupants.

You need Three things: VW DataPlug, 2008 or newer VW vehicle and the VW Connect App. This app communicates via bluetooth to pull all your car’s driving information and shares it directly on your smartphone with Volkswagen Connect. See below for summary.

In practice this works pretty well, gives mileage, fuel fill level, Battery voltage plus a host of other services such as Parking space, Assistant call reminds me about Services and appointments. Though the the app is a bit uninspired when it comes to design. Sign up form & on-boarding was really frustrating to use and nothing really explained. Saying all that I did manage to get it setup and connect via bluetooth first time. Not having a CarPlay extension seems like a missed opportunity to join all the media entertainment and telematics together while I’m driving. As now everything is connected and on my smartphone just seems like a logical next step. 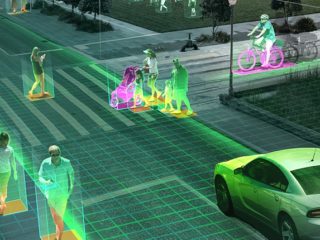 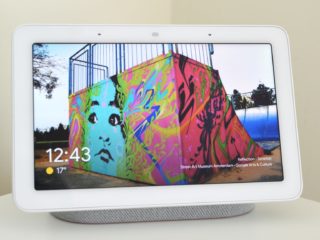